As the year is now coming to an end, I've been looking back on all the amazing books I've read this year. I've read a lot of different books and most of them I enjoyed very much. But here are my top 13 favorite books in 2013 - and man were they hard to pick!

8. The Truth About Forever by Sarah Dessen
7. Slammed by Colleen Hoover
6. The Fault in Our Stars by John Green
5. The Iron Queen by Julie Kagawa
4. The Indigo Spell (and The Golden Lily) by Richelle Mead 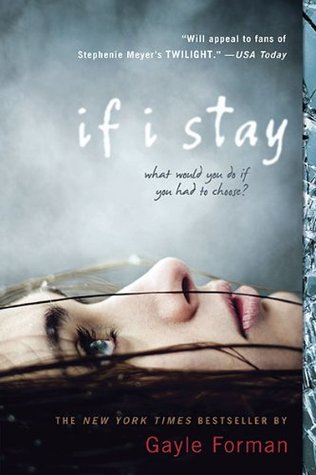 1. If I Stay by Gayle Forman

Posted by Book Lover Recommends at 11:53 am 6 comments:
Email ThisBlogThis!Share to TwitterShare to FacebookShare to Pinterest

Waiting on Wednesday is a weekly event hosted by Breaking the Spine that spotlights upcoming releases that we're eagerly anticipating.
This week I'm waiting on: 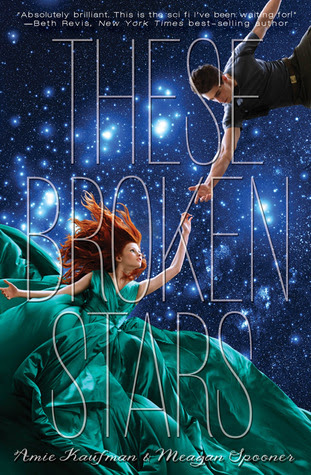 It's a night like any other on board the Icarus. Then, catastrophe strikes: the massive luxury spaceliner is yanked out of hyperspace and plummets into the nearest planet. Lilac LaRoux and Tarver Merendsen survive. And they seem to be alone. Lilac is the daughter of the richest man in the universe. Tarver comes from nothing, a young war hero who learned long ago that girls like Lilac are more trouble than they’re worth. But with only each other to rely on, Lilac and Tarver must work together, making a tortuous journey across the eerie, deserted terrain to seek help. Then, against all odds, Lilac and Tarver find a strange blessing in the tragedy that has thrown them into each other’s arms. Without the hope of a future together in their own world, they begin to wonder—would they be better off staying here forever?Everything changes when they uncover the truth behind the chilling whispers that haunt their every step. Lilac and Tarver may find a way off this planet. But they won’t be the same people who landed on it.The first in a sweeping science fiction trilogy, These Broken Stars is a timeless love story about hope and survival in the face of unthinkable odds.


This book sounds awesome and look at that pretty cover! I've already read a lot of praising reviews for it already, so I really cannot wait to read it.

Posted by Book Lover Recommends at 1:28 pm No comments:
Email ThisBlogThis!Share to TwitterShare to FacebookShare to Pinterest

The Dream Thieves by Maggie Stiefvater

Now that the ley lines around Cabeswater have been woken, nothing for Ronan, Gansey, Blue, and Adam will be the same. Ronan, for one, is falling more and more deeply into his dreams, and his dreams are intruding more and more into waking life. Meanwhile, some very sinister people are looking for some of the same pieces of the Cabeswater puzzle that Gansey is after...

I was so happy that I got The Dream Thieves right after I finished reading The Raven Boys, as the latter ended on a bit of a cliff-hanger. The very last sentence in The Raven Boys really intrigued me and I hoped we'd get to know Ronan better, and I sure wasn't disappointed. The Dream Thieves was very much Ronan's book, and centered around his story and abilities, while still being linked to the overall story and mystery.

I thought it was a very interesting and original concept that Ronan could pull things out of dreams. Ronan is a very complex character and I loved being able to dive into his story and try to figure him out. It's clear in the beginning of the book that Ronan has a lot of secrets, but what are they, and what do they mean? As his secrets were slowly uncovered so is Ronan, and despite all his rough edges - or maybe because of them - I grew to love him even more.

Some of the characters, mostly Blue and Gansey, took a backseat in this book, and I have to admit that I kind of missed them, cuz I love those two. There wasn't that much focus on their search for Glendower either, though it was still present in the story. Adam, however, had a larger role, as he was dealing with the aftermath of what happened that fateful night in The Raven Boys. He had a great character development, it is obvious that his sacrifice has changed him a lot, but also his move from his parents house has made a impact on him.

There was a lot happening throughout the book, and sometimes I kind of wondered what some of it had to do with anything. Really, I was a bit confused sometimes. I still don't know what one of the characters introduced in this had to with the story and why did we had to have so many POVs from him? Maybe a re-read will enlighten me since Maggie Stiefvater hides central plots in plain sight and I'm not always too quick to catch on.

There were some very heartwrenching moments in this book, and while they were sad, they were also beautifully written. It's not often that you get your heart ripped in such a nice way. These moments gave the story a bittersweet edge and hinted at what is always looming over the story.

Of course this one ended on a cliff-hanger too. Grrr. And the next book won't come out until fall next year. I mean what the h***. The third book is now one of my most anticipated books for next year, and I can.not.wait to read it!

If you haven't read The Dream Thieves or started this series yet, I strongly urge you to do so. It is so incredible and has already taken a place on my favorite shelf.